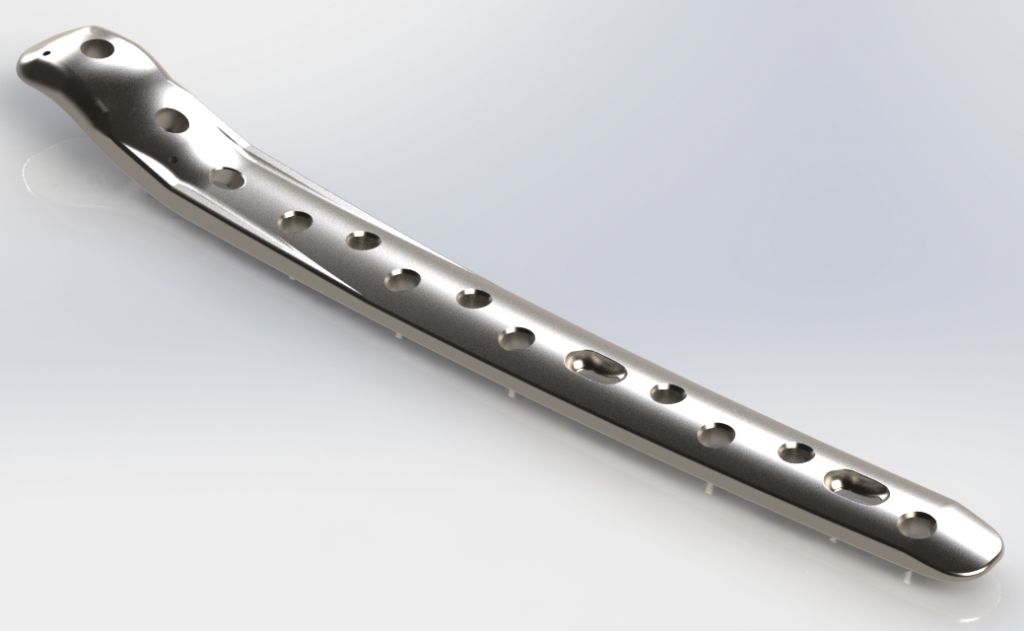 Femoral osteosynthesis plates are complex, implantable medical devices manufactured in Lithuania and now certified as Class IIb products. The EC certificate, which was received at the end of 2018, confirms that Ortho Baltic maintains a full product quality assurance system from product design to final product quality control. This document also confirms that the product is registered on EU markets and may be distributed there.

In orthopedics, osteosynthesis plates have been used for the treatment of fractures for a long time. They are designed to fix the fractured femur anatomically and steadily, restoring the femoral integrity and limb function. Because the human anatomy is different, the femurs are not the same as well, so the plates are made of different lengths, shapes, and modifications.

There is a wide variety of different modifications of the femoral osteosynthesis plates in the market, but the break of the plate is still a common complication in clinical practice. The reasons for this may vary. For example, a patient starts to rely on a damaged leg too early, the plate is not properly fixed to the bone, the form of the plate does not correspond to the anatomy of the outer surface of the femur – all this leads to an inadequate distribution of forces and increases the risk of plate’s break, repeated fracture, pain and inflammation.

The surface of the plates produced by Ortho Baltic meets bones topology of Baltic region better compared to other plates on the market. Also fits better with the bone, reducing the bone fragility in the plate and ensuring faster bone healing. The design of the plates was created based on the images of radiological computer angiography performed at Kaunas Clinics of LSMUL. At the end the osteosynthesis plate desing was created after the three-dimensional femoral models restoration and  osteometric calculations. The plates are made of titanium alloy powder (Ti6Al4V) using the additive production technology – Direct Metal Laser Sintering (DMLS).